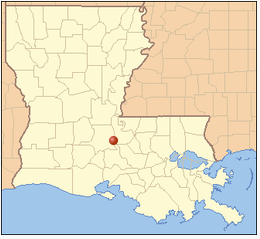 On April 25, contractors were in the process of repairing a leak on a drain valve of a heat exchanger in the Reformer Unit. While placing a clamp on the heat exchanger to encase the valve and stop the leak, the point where the drain connects to the heat exchanger failed, releasing LPG (propane/butane mix). At about 8:14 am, the LPG ignited and a fire began. The fire was ultimately controlled, and remaining LPG was flared in a controlled manner until the damaged equipment was free of flammable gas.

The Refinery Emergency Response Team immediately responded to control and extinguish the fire. While fighting the fire, the entire refinery was shut down to mitigate additional danger from the fire. Upon and since emergency shutdown of the FCCU Regenerator, stack concentration limits for CO (500 ppm hourly average), SO2 (50 ppm 7-day rolling average), and Opacity (30% for 2 or more 6 min per hour) have been exceeded. While 7-day average SO2 concentration limits dictated by the Consent Decree were exceeded, permitted lb/hr limits were not. The Consent Decree exempts SO2 exceedances during times of SSM. The Complex II Fuel gas H2S 3-hr average limit of 161 ppm was exceeded due to forced shutdown of the H2S treatment system. Upon startup of the FCCU after the incident from May 6 through May 7, the FCCU stack concentration limits for CO were exceeded for 9 hours with the hourly pounds per hour limit for CO exceeded during 4 of those hours. CO will generally be high upon startup until temperatures become high enough to adequately combust the coke on catalyst. On April 29, the Complex 2 flare exceeded its Consent Decree 24-hr SO2 limit of 500 lbs/dy. However, no Title V hourly maximum permit limit was exceeded.