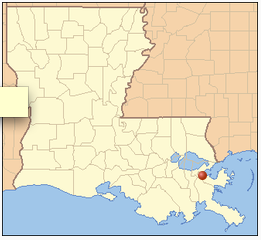 Cause of Problem: Human Factors

this episode was the apparent result of human error. The terminal received a transfer of gasoline from the Refinery via pipeline on 5/15, after which a Terminal Operator failed to follow written procedures to secure two valves that isolate the Terminal from the Refinery. The next evening, while the Refinery was loading gasoline at the river dock on the same pipeline, Tank 20-1 overfilled

There is no information as to whether this incident was preventable or not - I assume it was since it is due to human error that seems preventable. Remedial Measures - St. Bernard Highway and the adjacent rail line were closed until 7:30 (am or pm?) - Approximately 450 barrels of material was released from the tank into the diked containment area. MOUSA immediately shut down the loading operations to the Dock and initiated emergency response actions in accordance with the TerminalSPCC Plan. MOUSA secured the tank, deployed firefighting foam for vapor suppression, recovered free liquids with vacuum trucks, and will remove contaminated soil. Free liquids were returned to the refinery for re-processing. Contaminated spill respon