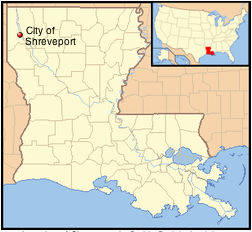 On 4/22/12 both Sulfur Recovery Units (SRUs) tripped and sent acid gas to flare gas recovery system. This increased the hydrogen sulfide concentration of the fuel gas and caused an exceedance of the 500 lb RQ limit for sulfur dioxide. Emission point v-f .

Unknown equipment malfunction that caused units to trip. Cause being investigated.

Attempt to restart SRUs and reduce DHT/LOHT charge rate. Specific remedial actions and plans to prevent recurrence are to be determined. 2 copies of written report were included in this document. Written report says that the release started on 4/23/12 at 12 pm and ended on 4/23/12 at 11 pm. The duration says 11 hours. Then it says that the event occurred on 4/22/12. They reported the release on 4/23/12. A memorandum is included in this document dated 4/25/12. It states that the permit levels for hydrogen sulfide gas released through a flare with exceeded several times during this incident. There were no complaints and no follow ups related to this incident.