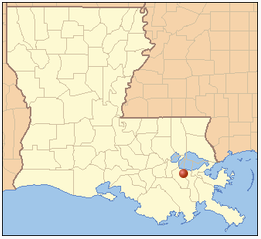 Cause of Problem: Weather

A failure of the pilot gas regulator caused the pilot fuel gas pressure to drop below normal. Inclement weather (high winds) then caused to flare pilot to blow out. Reported weather conditions at the time were cloudy with 17mph winds

The equipment failure was unexpected and thus the discharge was not preventable. Actions were taken to override the regulator and restore the gas flow to the pilot and hence relight the flare pilot. During this time gas flow to the flare was minimized The flare pilot regulator that failed was replaced with a formal investigation to follow to see if further corrective actions are necessary. NOTE: Quantity of material released was calculated using a formula that conservatively assumes the flare is emitting at its average rate just prior to and during the event.